Childspace was created to provide a new model for the delivery of child care services.  Recognizing that quality jobs for child care workers was an essential, but often overlooked, building block for centers seeking to provide the highest quality of care, Childspace was founded as a worker-cooperative.  Childspace is nationally recognized for its highly successful quality job/quality care business model.

In 1988, Childspace established its first center in the Mt. Airy section of Philadelphia.  In 2003, this center became accredited by the National Association for the Education of Young Children (NAEYC) thereby attaining the nationally recognized standard of quality care. The Mt. Airy Center was moved to a lovely urban campus with ample green space in 2011.  In addition to installing a large, inviting playground, the Mt Airy center allowed Childspace to pilot its urban gardening project.   Now at all three centers, children plant and harvest vegetables and flowers.  The joy of eating foods that the children have themselves nurtured supports life-long, healthy habits.

Four years after starting our first center, Childspace purchased a building in Germantown in 1991.  The Germantown center is affectionately nicknamed Childspace Too. This center received its NAEYC accreditation in 2000.

In 1999, Childspace was approached by the large nonprofit Help Philadelphia to open a third center, which is in West Philadelphia.  Childspace West was established after Pennsylvania developed its own childcare quality rating system.  It earned STAR- 4, the state’s highest quality rating, in 2013.

Childspace has partnered with the School District of Philadelphia to offer a Head Start programs at all three centers since 2010.

While learning is quality classrooms is fun, Childspace also brings special teachers to all centers on a weekly rotation.  Special teachers include a musician from the community who plays guitar and sings with the children; a yoga instructor who teaches children to find calm while they are learning new movements; and a farmer to support the children in growing and harvesting fresh vegetables and flowers.

As of today, Childspace has created 57 living-wage jobs and serves 210 families in its three centers. Learn more about a rewarding career at Childspace.

Quality childcare is very important to families with young children and for our economy.  Quality childcare jobs are essential for attracting and retaining teachers.  Advocacy that promotes the dignity and quality of this important work—from increasing subsidy reimbursement rates to establishing the TEACH program that allows workers to advance in educational attainment while working—has been a priority of Childspace since its founding.  To have true impact, childcare professionals must have a seat at the tables where decisions are made.  Childspace is proud that more than thirty years as advocates has led to us sitting on key committees at the local, city and state levels.

As one of the country’s largest worker-co-ops, now in its fourth decade of operation, Childspace is regularly asked to present on how to build successful quality job/quality care enterprises.

Are you looking for something?

There are no upcoming events. 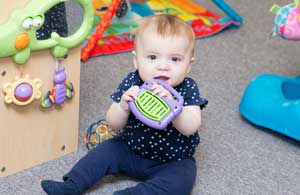 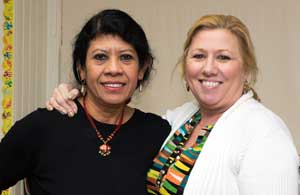 The heart of our worker-owned company is our teaching staff.  Learn more about a rewarding career with us. Together, we are building a company that makes a positive difference in children’s lives—every day. 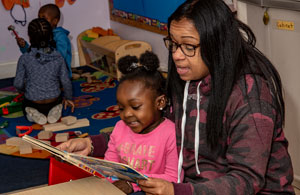 Curious about what is happening in Childspace classrooms? Please visit us. Just click the “Contact” button below and request a tour.